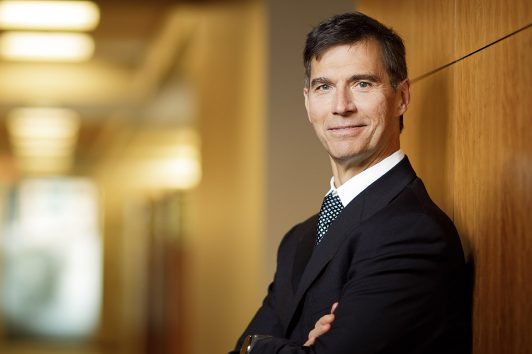 Peter specializes in the defense of medical malpractice claims.  He has tried many cases to juries in State and Federal Court and has extensive experience writing and arguing appeals.  Peter has represented health care providers at the Montana Medical Legal Panel and tried cases to verdict for health care providers in various Montana District Courts.  Peter serves as Chair of the firm’s Health Law department, which has defended approximately 1600 medical malpractice claims.

Peter currently serves as lead counsel for the Montana Medical Association.  In 2013 and 2018, he served on the rules committee for the Montana Medical Legal Panel.  Peter has given numerous presentations on risk management issues to health care providers and has written articles for the medical-legal advice column for the MMA’s publication, The Bulletin.  Peter also assists the Montana Family Practice Residency Program and the WWAMI program with presentations on medical-legal issues.

His trial experience includes prosecuting approximately 50 jury trials to verdict as a deputy prosecuting attorney for the King County Prosecuting Attorney in Seattle, Washington.  He also has written and argued appeals before the appellate courts in Washington state.  He is admitted to practice law in Montana and Washington, as well as the Federal District Court in Montana.

Peter grew up in Seattle after immigrating from Norway.  He attended the University of Washington, receiving a degree in History in 1985.  He received his law degree from Willamette University in 1989 and worked in the Civil Trial Division of the Oregon Department of Justice.  Peter joined GLR in 1996.

Peter and his wife Maria, a Missoula native, enjoy outdoor recreation and travel with their three children.