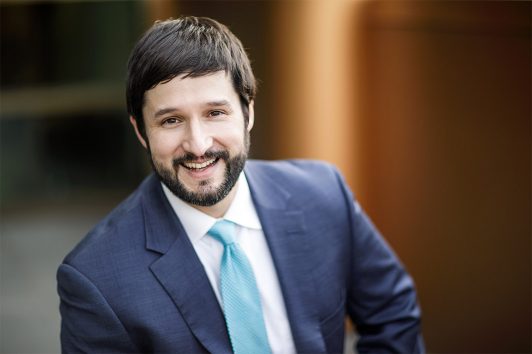 Mike is an associate at GLR. He attended the University of Houston and graduated magna cum laude in 2008 with a Bachelor’s Degree in Political Science and a minor in History. After graduation, Mike worked at an offshore drilling company in Houston as an HR supervisor. Mike then moved to Missoula to attend the University of Montana School of Law. During law school, Mike worked at GLR as a legal intern and as a teacher’s assistant and tutor for legal writing, criminal law, and criminal procedure. Mike was also editor-in-chief of the Montana Law Review and served as counsel for the school’s trial team. After graduating from law school with honors, Mike clerked for United States Magistrate Judge John Johnston in Great Falls, Montana. Mike joined GLR in 2017 and practices a wide variety of civil litigation.

Mike is admitted to practice in Montana State Courts and the United States District Court for the District of Montana.

When he isn’t working, Mike enjoys fishing, hunting, and hiking with his wife, Tuira, and their two dogs–a beagle named Shiloh and a black lab named Moose.