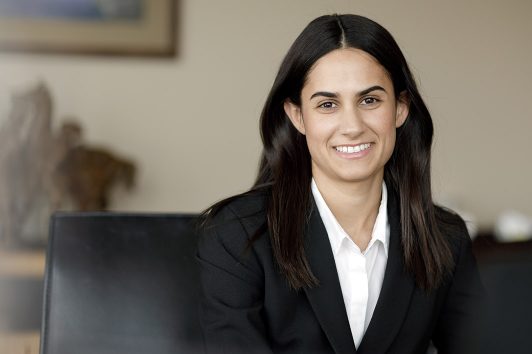 Kristen is an associate at GLR.  Kristen is originally from Great Falls, MT.  She attended the University of Montana and graduated with honors in 2012 with a Bachelor of Arts degree in Spanish and Secondary Education.  Following graduation, Kristen pursued a Fulbright English Teaching Assistantship grant in Guadalajara, Mexico, where she taught English to post-secondary students.  After completing the grant, Kristen returned to Missoula to attend law school at the Alexander Blewett III School of Law at the University of Montana.  During law school, Kristen worked at GLR as a legal intern.  Kristen also served as an executive editor for the Montana Law Review.  After graduating from law school with high honors, Kristen clerked for Chief Judge Sidney R. Thomas of the United States Court of Appeals for the Ninth Circuit.  Kristen joined GLR in 2018 and is admitted to practice before Montana State Courts, the United States District Court for the District of Montana, and the United States Court of Appeals for the Ninth Circuit.