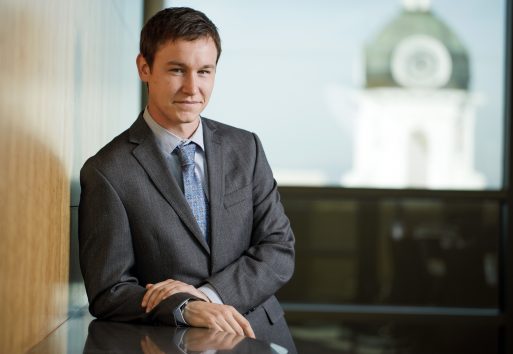 Jonah was raised in Missoula, Montana where he graduated from Hellgate High School.

He studied journalism and mass communication at Whitworth University. He also competed in varsity soccer during his four years at Whitworth. Upon graduation, he moved to Salt Lake City, Utah to work in the ski industry.

Jonah returned to Missoula to begin his legal studies at the University of Montana School of Law.  During law school, he worked at the Montana Water Court. He also served as the Vice President of the law school’s Environmental Law Group, and Editor-in-Chief of the Public Land & Resources Law Review.

Outside of work, Jonah serves as an assistant coach to Hellgate High School’s varsity soccer program. He also enjoys skiing and running long distances in Montana’s mountains with his fiancé Sarah, and their chocolate lab Jackson.