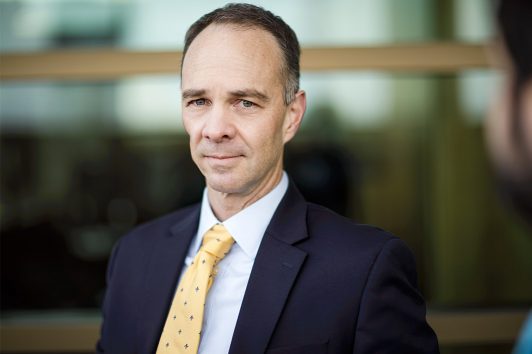 Jason attended law school at the University of Montana after a long career as an Information Technology consultant. Jason founded an IT firm that provided network security and management services for businesses and individuals throughout Louisiana. He began that career in 2000, specializing in network security, remote access, and mail server management—eventually serving as a contract Chief Information Officer for a charter school district. In his role as CIO, Jason stressed security and scalability, managed one-thousand seats and thirteen servers across five schools, and implemented multimillion-dollar federal technology grants.

After his wife accepted a job at the University of Montana, Jason continued consulting from Montana with his clients until he decided to attend law school in his new home of Missoula. While in law school, Jason worked as a GLR legal intern, served on the Student Bar Association, and performed his clinic hours at the Missoula County Prosecutor’s office. Jason wrote for the Montana Law Review and competed as a member of the National Moot Court and Client Counseling teams.

After graduating with honors, Jason clerked for Justice Laurie McKinnon at the Montana Supreme Court. When his clerkship concluded, Jason joined GLR, where he practices civil litigation, cybersecurity, data privacy, and employment law. He is admitted to practice in Montana State Courts and the United States District Court for the District of Montana.

Outside of work, Jason enjoys spending time with his wife and two children, especially camping. He is an excellent cook, an occasional snowboarder, and loves to hike, bike, and run trails.