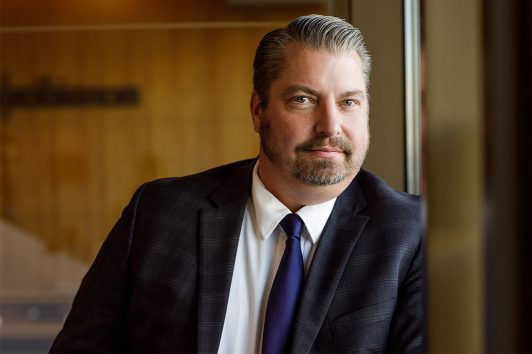 Mr. Dahle is a highly experienced civil litigation and trial attorney. He has successfully tried numerous jury trials to verdict as well as handling various matters of civil litigation including bench trials and administrative hearings from the inception of litigation through appeal. He has enjoyed his 23 years of practice representing private individuals, insurance companies, business entities and municipalities in diverse matters of civil litigation in Montana courts and administrative agencies. Specifically, Mr. Dahle has handled and litigated numerous cases over the years in his practice consisting of civil and insurance litigation with emphasis on Insurance Defense, Insurance Coverage, Insurance Bad Faith, Municipal Defense and Labor and Employment Law.

Mr. Dahle enjoys a peer rating of distinguished with Martindale-Hubbell for high professional achievement and ethical standing and has been recognized in Mountain States Super Lawyers® each year since 2014 based on peer recognition and professional achievement in the area of civil litigation defense. As a law student, Mr. Dahle authored an award-winning brief while competing in the McNichols Moot Court Competition (1994-95) as recognized by the Idaho Trial Lawyers Association and competed in Moot Court at the national level by participating in the Duberstein Moot Court Competition, New York City (1996). He also served as a tutor to first year law students (Civil Procedure, Torts and Property) and was awarded the Langroise Scholarship in 1994 based on academic ability and professional promise.

As a sample of his work, Mr. Dahle, in the course of representing a municipal client, prevailed with a unanimous decision from the Montana Supreme Court preserving the public duty doctrine in Montana which protects municipalities and local governmental entities from civil liability in the performance of official duties. (Krone v. City of Roundup, 2016 MT 227, 385 Mont. 541, 381 P.3d 524). Mr. Dahle is also highly experienced in Montana’s equine liability law and has successfully represented defendants and plaintiffs in horse injury cases. For instance, Mr. Dahle prevailed with a landmark decision from the Montana Supreme Court affirming the unanimous defense verdict in favor of his ranch client. This decision was the first time the Montana Supreme Court interpreted and applied Montana’s equine liability statutes. (McDermott v. Carie, LLC, 2005 MT 293, 329 Mont. 295, 124 P.3d 168).

In light of his considerable experience, Mr. Dahle’s philosophy is that if a claim cannot be disposed of prior to trial, the best way to ensure advantageous claim resolution is to have a practice of readiness and willingness to proceed to trial solidly backed by a history of positive results in the courtroom. Mr. Dahle has achieved many favorable outcomes for his clients either before trial, including by dispositive motion or trying cases to verdict before juries, judges, administrative agencies and arbitrators. In the arena of alternative dispute resolution, Mr. Dahle has likewise obtained strong results in mediated matters, both representing parties and serving as an appellate mediator.

Mr. Dahle enjoys spending time with his wife, Nancy, who is a political science professor, and skiing, mountain biking and fishing.