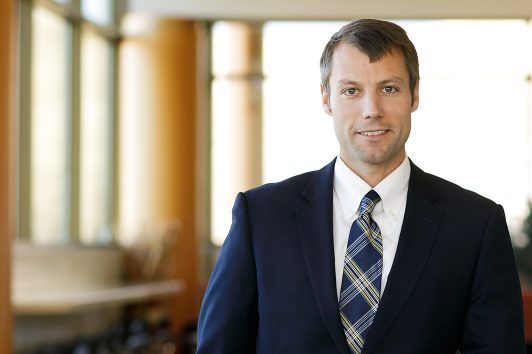 Andrew is a trial lawyer with experience representing individuals, companies and corporations in state and federal court.

Andrew was born and raised in Helena, Montana where he graduated from Helena High School in 1997.

He studied political science at Gonzaga University, graduating in 2001. Upon graduation, Andrew was commissioned as a lieutenant in the US Army. His military service included Airborne and Ranger School as well as deployments to Iraq and Afghanistan with the 173rd Airborne Brigade.

After leaving the military, Andrew earned a Master of Science in Foreign Service (MSFS) at Georgetown University in Washington DC. Andrew served as Legislative Assistant to US Senator Max Baucus from 2007 to 2012. He was awarded the Distinguished Patriot Medal by the Montana National Guard for his work in the US Senate in support of Montana veterans.

After returning home to Montana, Andrew began his legal studies at the University of Montana School of Law, receiving his Juris Doctor degree with high honors in 2014. In November of 2014, Andrew was elected as Representative of House District 96 in the Montana State Legislature.

Andrew handles a wide variety of civil and commercial litigation matters on behalf of individuals and businesses. He assists clients on matters involving oil and gas interests, wind energy, regulatory compliance, and a variety of other issues.

With a strong spirit of public service, Andrew is also dedicated to providing pro bono services to all those in need of assistance, and particularly military veterans.