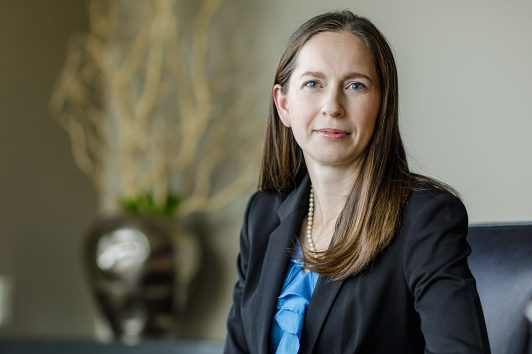 Emma L. Mediak is an associate attorney in our civil litigation defense practice.   She graduated with distinction from Stanford University in 2009 with a bachelor degree in Political Science and from Stanford Law School in 2012. While in law school, Emma served as Editor-in-Chief on the Stanford Environmental Law Journal. Emma spent her summers working in the Yahoo! Legal Department, doing policy work in Kathmandu, Nepal, and working for the United States Attorney’s office in Missoula. After completing her schooling, Emma returned to Montana, where she clerked for the Honorable Justice Brian Morris on the Montana Supreme Court. She also spent a year prosecuting felony and misdemeanor crimes in Beaverhead County before returning to clerk for Judge Brian Morris after he was confirmed as a United States District Court judge. Emma is admitted to practice in all Montana state courts, in the United States District Court for the District of Montana, and in the Ninth Circuit Court of Appeals.