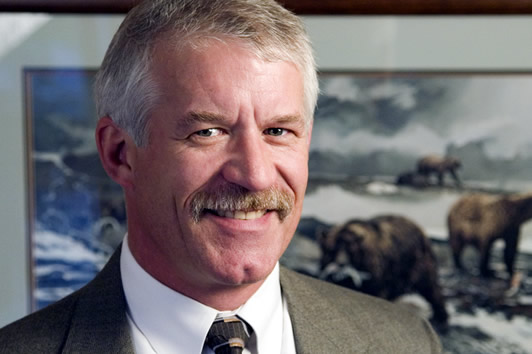 Chuck was raised in Polson, Montana. He attended Montana State University, and graduated with a Bachelors of Science degree in Business, with honors, in 1981. He successfully passed the C.P.A. examination, but instead of practicing as a C.P.A., he went on to law school. In 1984, he graduated from the University of Montana School of Law and received a Juris Doctorate of Law degree, with honors. While in law school, he was on the Board of Editors for the Montana Law Review.

Chuck began the private practice of law with Garlington, Lohn & Robinson in the fall of 1984, and became a partner in the firm in January, 1992. His primary areas of litigation practice include general negligence, product liability, insurance defense and coverage, bad faith, Native American law, employer liability, and workers compensation. Chuck has extensive trial and appellate experience in Montana state district courts, federal courts, and tribal courts. He is admitted to practice before Montana tribal courts where he has defended individuals, insurers, and businesses in civil matters.

Chuck is a member of the American Board of Trial Advocates (ABOTA), the Montana Defense Trial Lawyers, the Montana Trial Lawyers Association, the American Bar Association, and the Western Montana Bar Association. He has been a speaker at many seminars and meetings involving general litigation, insurance defense, employers liability, and workers compensation, together with other topics of interest to attorneys, claims personnel, and businesses. Chuck was designated by the Best Lawyers publication as the 2013 Insurance Law lawyer of the year in Missoula.

Over the past 20+ years, Chuck has been actively involved in youth sports, including YMCA basketball and soccer, Little Grizzly football, Little League baseball and softball. He has enjoyed a lifetime interest in the outdoors of Montana, including fishing, hunting, backpacking and skiing.

Chuck’s wife, Joni, is a native of Missoula, Montana. They have a son and two daughters.