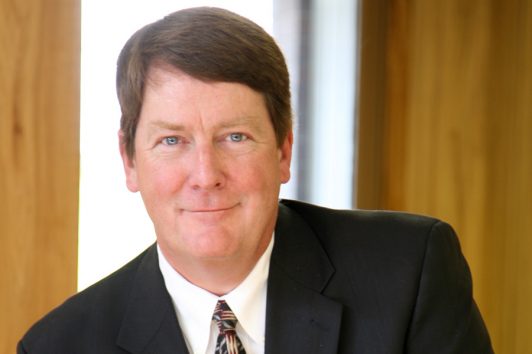 Brian was born in Gary, Indiana to parents from Butte and Anaconda. After high school, he returned to the home state of his parents, attending Carroll College in Helena, Montana. He received an Associate of Arts in Criminal Justice in 1976 and a Bachelor of Arts in Philosophy in 1977. After two years as a social worker in corrections, he entered the University Of Montana School Of Law. He graduated with a Juris Doctorate in 1982.

After completing Law School, Brian moved to Polson, Montana, and became the Public Defender in Lake County, Montana for two years. Following that, he had a private practice in Polson, Montana until 1987, when he joined the Missoula firm of Milodragovich, Dale and Dye. While there, his practice emphasized general civil and commercial litigation and the representation of transportation interests, primarily Motor Carriers. In 1993, he became General Counsel for Truckers Express, Inc., a nationwide motor carrier with headquarters in Missoula. In October of 2003, he was named President and CEO of Truckers Express, Inc., as well as continuing his duties as General Counsel. He returned to private practice of law in October of 2006 with the firm of Garlington, Lohn & Robinson, PLLP. His practice emphasizes the representation of trucking companies in regulatory matters, transactions and general business matters and general civil and commercial litigation.